Why Grain Testing Is Important For High-Quality Feed.

You are here: Home1 / Blog2 / Announcements3 / Why Grain Testing Is Important For High-Quality Feed.

Feed is only as good as the quality of the grains that go into it. That’s why we test our primary grains before we mill them at our onsite facility. Using testing strips, we can determine the presence of genetically modified organisms (GMOs) in the grains that enter our mill. Our standards and practices were reviewed and approved by the Non-GMO Project, an organization dedicated to transparency in the agricultural and food industries. We can now proudly label our feed as Non-GMO Verified. But beyond non-GMO testing, at Sunrise Farms, we test our primary grains for glyphosates and pesticides. 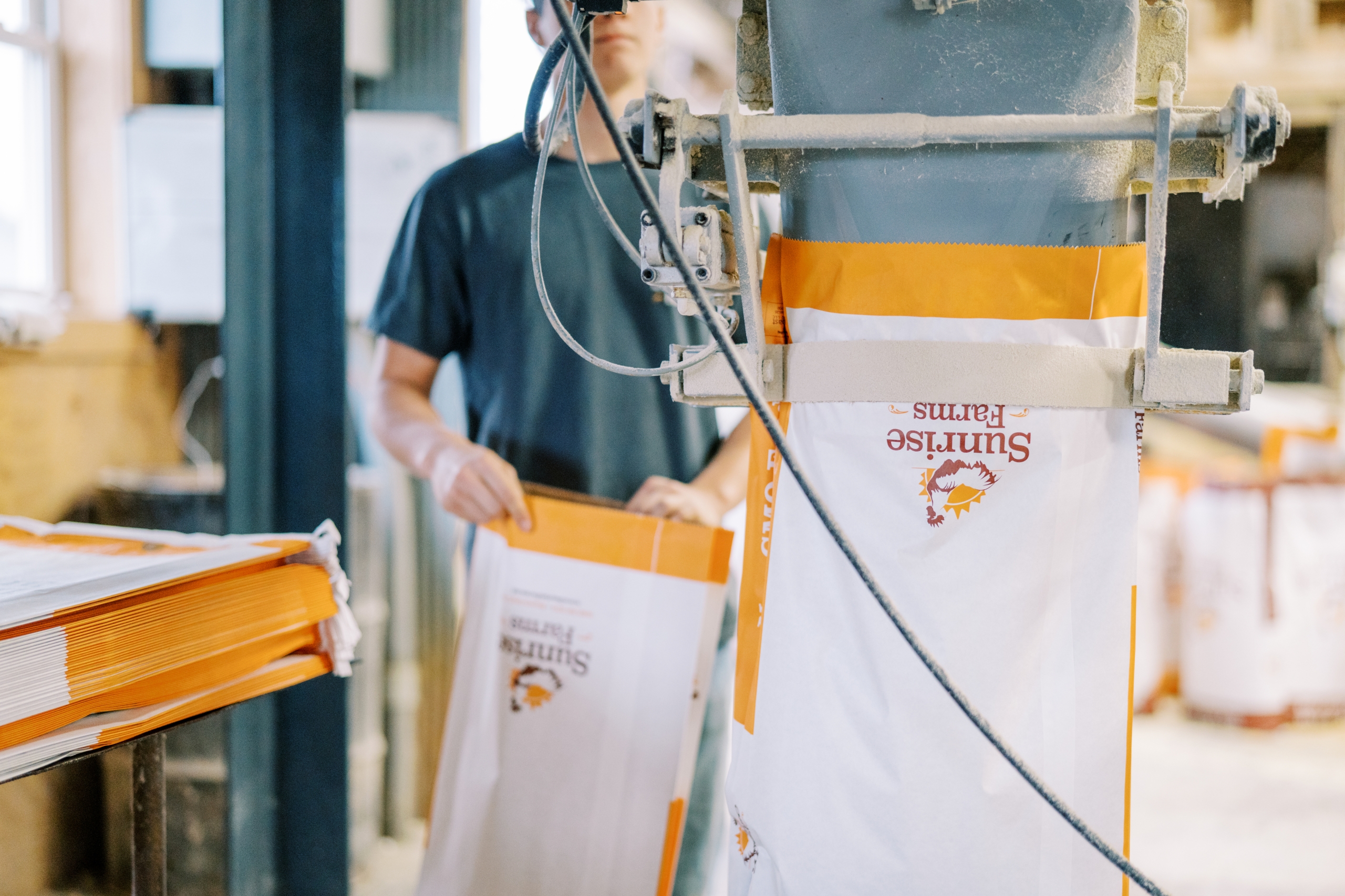 Maintaining herd health is critical to raising profitable meat and dairy for your business. Healthy animals eat high-quality feed and graze on pesticide-free pasture. While technological breakthroughs have made modern farming easier than in previous decades, they’ve also created challenging issues related to animal and environmental health. At Sunrise Farms, we test our primary grains — corn, soybeans, and field peas — for glyphosate levels and other pesticides to be confident that our Non-GMO feed is superior.

What Are Glyphosate-Based Herbicides (GBHs)?

Glyphosate is an herbicide applied to plants’ leaves to promote growth and control weeds. It is the main ingredient in Monsanto’s Roundup®, an incredibly popular herbicide used by farmers worldwide. Monsanto introduced this sodium-based chemical in 1974. It has become an industry leader in pesticide applications since then. It has also drawn criticism in conversations regarding pesticides and their effects on animal and human health. 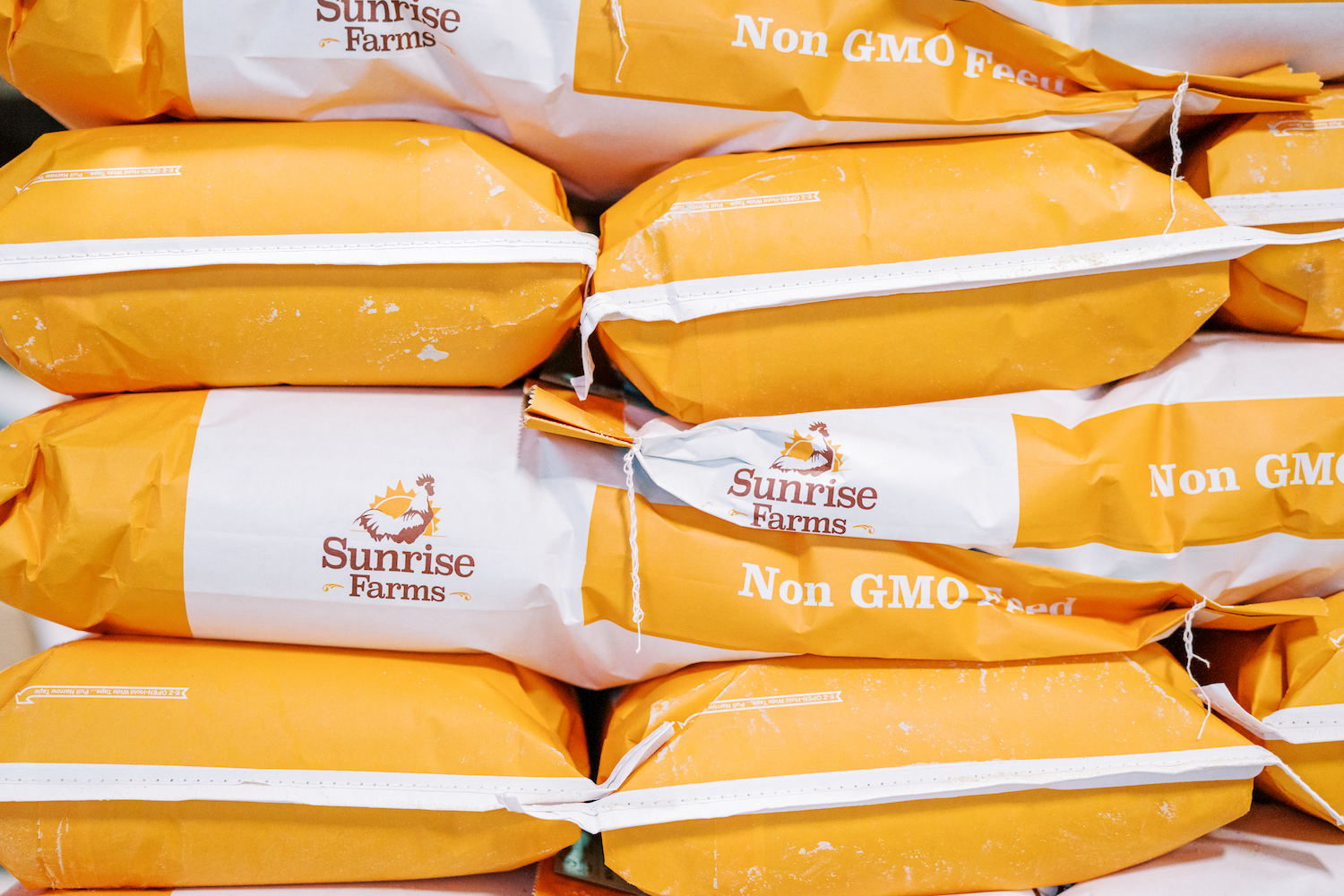 What’s The Conflict Over Glyphosates?

The first significant studies provided conflicting reports regarding the dangers associated with glyphosate.

These conflicting studies have motivated scientists, farmers and agencies to further their research into the effects of glyphosate on human, animal and environmental health.

Glyphosates have been legally linked to cancer cases throughout the U.S. The people filing suit against companies like Monsanto are primarily farmers diagnosed with cancers like non-Hodgkin’s lymphoma(3). These farmers were exposed to high levels of the chemical while spraying their crops for years. Studies also show glyphosate can affect hormonal balances in humans and cause health issues like breast cancer. While most of the sick farmers were exposed to incredibly high levels of glyphosate, those cases show that we need long-term studies to determine the impact of glyphosates on people, animals and the environment.

Farmers use glyphosate to protect crops from weeds and promote rapid growth. Here’s the problem:

How Do Glyphosates Affect Herd Health?

Studies haven’t shown a clear and definitive connection between grain treated with GBHs and overall animal health. Some studies show no negative impact after using glyphosate on crops. Those particular studies have almost all been conducted on animals in vitro(7). Other studies indicate that glyphosate’s effect on microbiota production and gut health may impact an animal’s stomach bacteria, especially in young animals. Scientists believe glyphosates are a major player in the collapse of U.S. bee colonies. The chemical disrupts the microbial community in bees’ digestive systems(8).

There is limited research on the effects of glyphosate on animal, human and environmental health. What research is available tends to be short-term studies funded by major agricultural companies, like the Monsantos of the world. Scientists need to further our understanding of this powerful chemical through in-depth long-term and short-term studies of animals, people, soil and waterways. Only then will we be able to draw a clear picture of the effects of glyphosate. For now, we’ll keep milling our Non-GMO feed with grain-tested products from local, family farms.

Get In Touch To Learn More About Our Feed!

(3) Matthews, Lee, B.A. 2020 “Gene Food” Why Glyphosate is Dangerous, and How To Avoid Eating It. Accessed 8/29/22 <https://www.mygenefood.com/blog/why-glyphosate-is-dangerous-and-how-to-avoid-eating-it/>

(4) 2018 ”Noble Research Institute” Why Roots Matter To Soil, Plants and You Accessed 8/29/22 <https://www.noble.org/news/publications/ag-news-and-views/2018/june/why-roots-matter-to-soil-plants-and-you/>

We Are Here To Help.

Great selection of natural and local products. I love the simplicity of this little store. If you’re visiting from out of town and want a small town experience- this is the place to go! Not too far from the cheese shop, so you can easily plan to go to both on one outing.

We moved to this area five years ago. We feel blessed to have Sunrise Farms in our life. I’ m confident the food I purchase from you is the best, and this gives us the assurance we need of eating healthy. Thank you…. also the honor system of placing money in box would be unheard of where we moved from! God bless you all, and “keep on-keeping on.”

The store is immaculate and their products displayed well and are easily accessible. I so appreciate this family run farm and even enjoy the dog that has often greeted me there. Highly recommend this store to everyone.